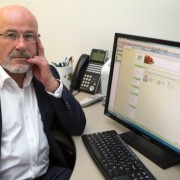 We want to continue to keep patients and staff safe by keeping a close eye on the number of people in the waiting room, and seeing patients with respiratory symptoms in a separate building. If you have any respiratory symptoms and need to see a GP, please phone to make an appointment time. You will be triaged on the phone before coming in.
Scroll to top